AI, DNA, and a New Approach to Cancer

At one time doctors depended on basic instruments, intuition and assumptions to make a diagnosis. Now? Powerful computers, memory systems and processing speeds are changing everything. Hard data analysis keeps people healthy with X-Rays, MRIs, CT scans, PET scans and every diagnostic in between. These require efficient collection and storage. And Micron stands at the forefront of that paradigm shift. But in healthcare, no data modality is more complicated than the human genome — DNA.

Shirley Pepke works as a genomics researcher in Los Angeles. In 2013 she received the diagnosis of stage IIIC ovarian cancer. Since then she’s been working to tailor ovarian cancer treatments based on a patient’s DNA sequence. But it isn’t easy. “You can't just take a gene in isolation, find that it's mutated and give a person a drug to target that gene and expect them to be cured,” Pepke has said. Cancer is essentially a disease of a broken instruction manual. Somewhere in the cloud of our 6 billion DNA basepairs an error occurs that causes cells to divide uncontrollably. The problem is that the genetic issues within every cancer subtype — liver cancer, lymphoma, melanoma, etc. — vary to a mind-boggling degree. It’s like trying to organize car accidents — not by texting or not, but what people were texting or thinking while driving. The data adds up. 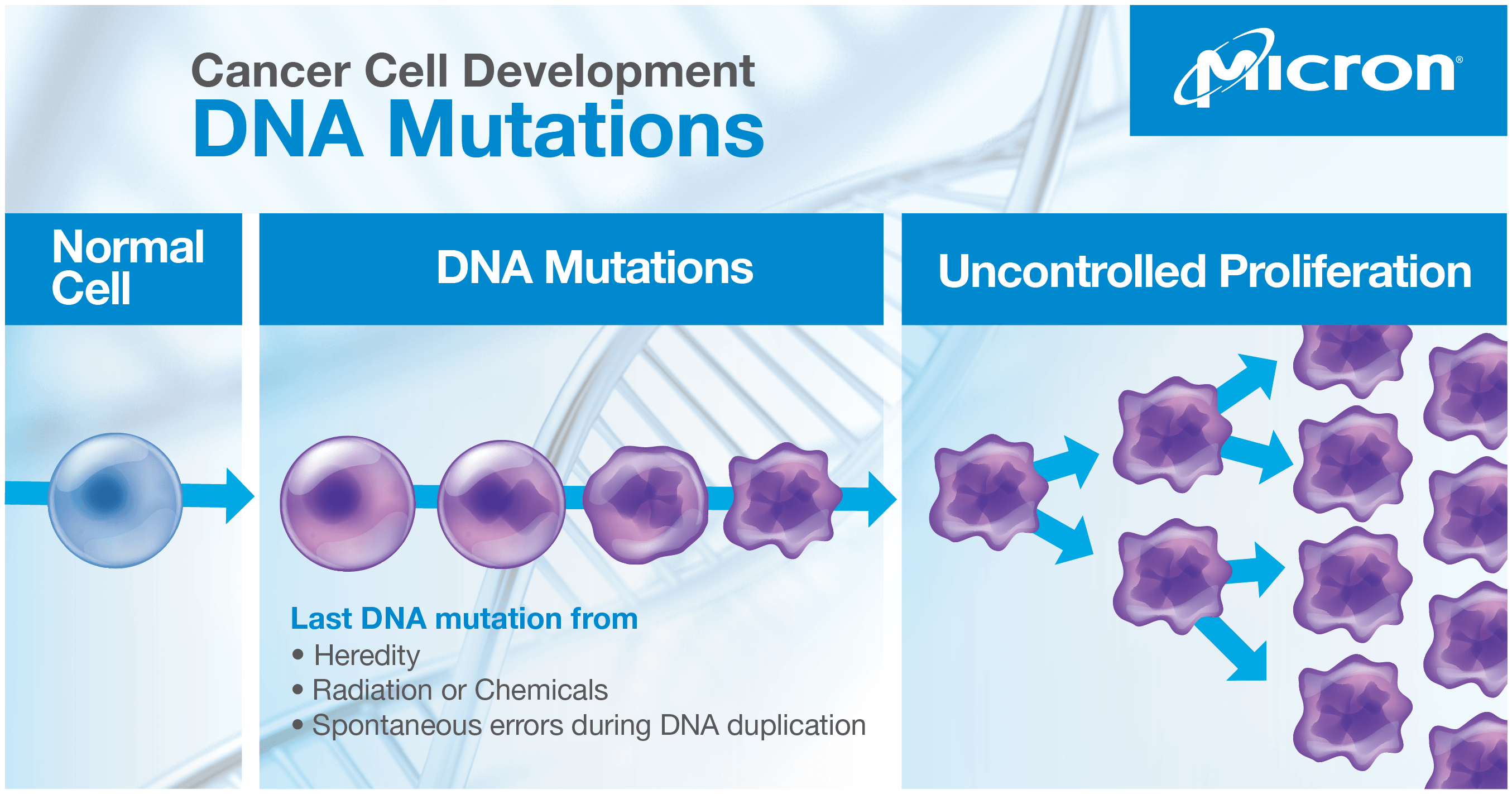 Luckily, we have computers smart enough to make sense of all that information. The terms can be hard to follow — machine learning, artificial intelligence — but the bottom line is that medical researchers have algorithms organizing the data behind our cancers. Pepke was able to sequence her own ovarian cancer. When she could understand the nature of the broken cellular machinery, she could start leveraging her expertise to devise a cure.

What if we did that for everyone? The computing power is there. Pepke says we just need people to start participating. The Cancer Genome Atlas is one such effort at a disease index. With patients submitting their sequences and descriptions of their illnesses, researchers and physicians can use both their expertise and these high-powered algorithms to generate medicines specialized down to the person. It isn’t easy though. It requires everyone helping.

“Patients need a way to collect that data for the tumor. It’s very difficult to get access to that level of data generation for a given tumor. For the average patient, there’s no mechanism for that right now.”
Shirley Pepke
Genomics Researcher

“Patients need a way to collect that data for the tumor,” Pepke says. “It’s very difficult to get access to that level of data generation for a given tumor.” For the average patient, “There’s no mechanism for that right now.”

Pepke needed assistance herself. She contacted Greg Ver Steeg, an assistant professor at the University of Southern California, who had developed an algorithm called the Correlation Explanation (CorEx) which finds patterns within medical data. They used CorEx to analyze gene expression data from ovarian cancer patients. They found certain stimulations of a patient’s immune system boosted long-term survival. Based on the CorEx results and her own tumor’s data, Pepke started taking an immunotherapy drug — one not yet approved for ovarian cancer.

Pepke’s goal is to have all women with ovarian cancer (not just those with scientific expertise and research connections) sharing their data — securely of course. Drug companies can integrate historic, current, and future clinical trials into data warehouses to drive deeper insights for cures.

Steve Pawlowski, Micron Vice President of Advanced Computing Solutions, points out that humans simply can’t do this type of analysis on their own. They need computers. “There’s a plethora of data being generated in the medical field that needs connection so a researcher or physician can use that information to understand what’s happening,” he says. “In a disease like cancer, hundreds and thousands of mutation strands can occur. Individuals must search through all those tweaks.”

Micron’s hardware can help. Our systems provide high-bandwidth memory solutions that store and move large amounts of key medical data to processing units — fast — streamlining the process of data storage and data analysis. That drives innovation. Pepke says even her desktop computer couldn’t keep up. “You definitely need a lot of DRAM,” she says. “You really need a much larger amount of memory than you would suspect to even run those algorithms.”

Keeping data stored close to processors is also important to streamline data analysis. This makes high-bandwidth memory so useful. “It’s important to have the data, or copies of the data if dealing with researchers and physicians, spread out across different locations, close to where the work is being done to avoid spending extra energy and time on the analysis,” says Pawlowski. “If I have to go out and get data and move it back and forth, I’m not going to get the results I need in real time. Our whole goal is not to move data.”

Of course, doctors aren’t going anywhere. But it’s important to examine where the biological computer and the digital computer interface. Our brains don’t distinguish between memory and analysis systems. They’re both encoded in our neural structures. But computers separate the two, working more like a water tower supplying a water slide. In the future computers will start to work more like their creator, integrating those two processes into one high-bandwidth system.

Micron’s memory technologies move vast and unprecedented amounts of health data. That brings better cures, especially with algorithms like CorEx and innovators like Pepke. Now we can power the technologies that make everyone’s lives healthier.

Two months after beginning her experimental yet tailored immunotherapy drug, Shirley’s doctors couldn’t find signs of a tumor. The MRIs were clear. Shirley is able to continue the work that saved her life, with the hope of bringing a cure to all women. Through the advances of AI, data analysis, and improved efforts to pool together cancer data, her hope will become reality. 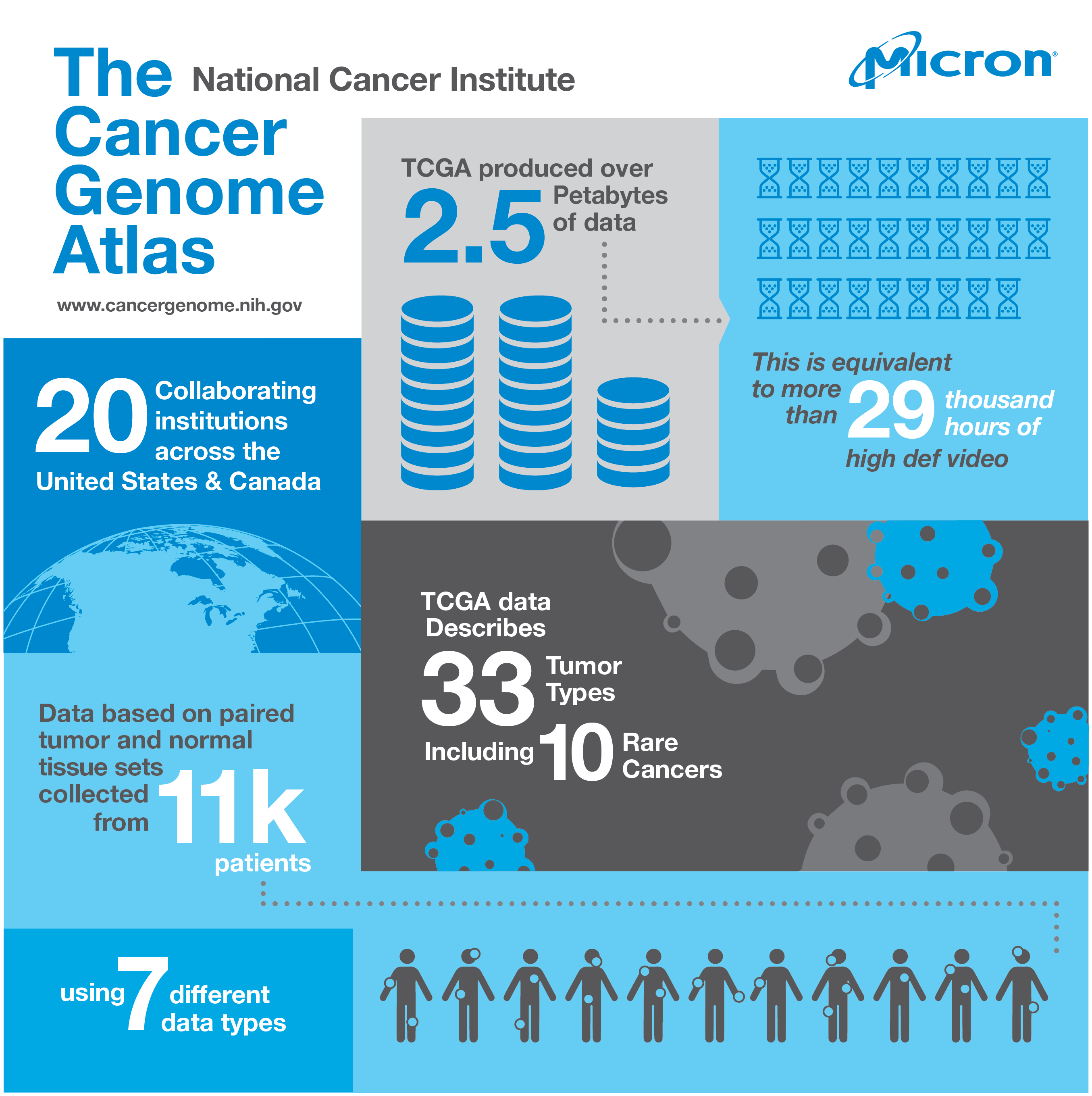 Better data strategizing – and better hardware – will vault smart healthcare businesses ahead of competitors in the era of big data.
Read more ›

Gone but Not Forgotten: Technology’s Power to Revive Extinct Species

Once a species is extinct, it’s gone forever. Or is it?
Read more ›

We Are What We Eat: AI and the Human Microbiome

We share our bodies with 100 trillion living organisms known as the microbiome. While this thought may make your skin crawl, the symbiotic relationship we share with these microbials may have a greater effect on our health and overall wellness than you may expect … for better or worse.
Read more ›
+