The Micron Foundation is proud to announce the establishment of a $206,000 SGD endowment to support and groom engineering students from Singapore’s Nanyang Technological University (NTU). With matching funds from the Singapore government, the core endowment will total $500,000. The endowment will be used to annually fund third- or fourth-year students majoring in science or engineering, beginning with one student award in 2016 and two awards in 2017 and beyond.

The endowment caps a decade of successful collaborations on grants and awards with NTU. “With this endowment, Micron builds on our relationship with Nanyang Technological University as we collectively strive to help develop the next generation of engineers,” said Dee Mooney, Executive Director of the Micron Foundation. “Engineering is at the heart of everything we do at Micron, and it drives Singapore’s vibrant high technology sector.”

Professor Chen Tsuhan, Dean of NTU’s College of Engineering, added, “Our collaboration with one of the world’s leading semiconductor companies clearly indicates NTU’s strong links with industry, not only in creating partnerships for research and innovation, but also in providing the best for our students.” 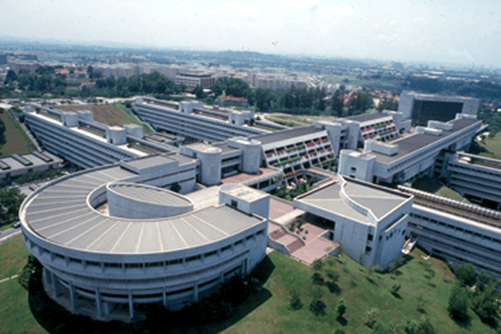 The NTU endowment is one of the Foundation’s several philanthropic activities this year that support youth in the region and honor the 50th anniversary celebration of Singapore’s independence. Other activities include:

The NTU endowment and the support of Singapore’s anniversary celebration demonstrates the Micron Foundation’s commitment to engineering the future for STEM education and enriching the communities where Micron team members live and work. We encourage team members to positively impact all of our Micron communities by volunteering time, energy and resources to similar causes.