The development of future industry leaders is crucial to Micron’s operations in Singapore. As a corporate sponsor of the Singapore-Industry Scholarship (SgIS), Micron empowers and grooms budding talents to eventually contribute to our skilled team.

Micron has always been committed to partnering with the government and educational institutions in Singapore to build up our local talent pool. SgIS is the only multi-industry scholarship offered by companies and organizations in partnership with the Singapore Government. The scholarship covers the cost of tuition fees, hostel accommodation, overseas exchange, enrichment and other allowances. Post-graduation, scholars will kick start their careers in their sponsoring organizations. This year, 67 organizations participated in this initiative, with 128 scholarships being awarded. Micron has been an early supporter of the scholarship, being one of the pioneer corporate sponsors of SgIS which was launched in 2012.

Tan Kia Hiang, Micron’s Singapore Country HR Director, said, “Being a sponsor of the SgIS scholarship allows us to play an integral part in developing young talents in Singapore. Since the scholarship’s inauguration, we have awarded 70 scholarships with 26 awarded in 2018, marking the highest number of SgIS scholarships awarded by Micron in any given year.” Post-graduation, these scholars will join Micron as Team Members. To date, there are 19 Micron-sponsored SgIS scholars working in the organization. One SgIS recipient sponsored by Micron this year is Kelvin Wong, 20, who will be pursuing a double degree in Computer Science and Business Administration in the National University of Singapore. We speak to Kelvin to understand his aspirations and passions as he begins his journey as a Micron-sponsored SgIS scholar.

Why did you consider taking up this scholarship?

I’m honored to be a recipient of the SgIS scholarship, which recognizes that there are members of the future generation who have immense potential to contribute to the workforce but lack the necessary resources to further their education.

I decided to take up the scholarship due to several reasons.

My mother is the sole breadwinner in the family and a scholarship will substantially ease my family’s financial burden. With the scholarship, I will be able to prioritize my studies without worrying about my course fees and daily expenses. Moreover, I will be provided with the opportunity to participate in overseas exchange programs and further broaden my horizons.

What are your career aspirations?

I would like to make a difference in society in a position that allows me to be financially independent and support a comfortable lifestyle. After graduating, I would like to be a software engineer and pursue my professional development. It is also important to me to be part of a company where I can be equipped with new skills, pursue latest innovations, and think creatively.

Another of my aspirations is to help make education more accessible for youths in third world countries. I would like to develop computing devices that they can integrate into their lifestyles and improve their standard of living. Growing up in a less-privileged family helps me to understand how it feels to be missing out on opportunities due to a lack of funds. I believe that by equipping the youths with access to education, they will be on a more level playing field with others who have been able to afford formal education. Hopefully this will enable them to break out of the poverty cycle.

Why did you choose Micron as the sponsoring organization for your scholarship?

Micron has a long history since it was established in 1978, with its largest manufacturing footprint being in Singapore. On top of that, Micron is also set to expand its Singapore presence as it commences building a new multi-billion dollar facility in Woodlands. This will reinforce Singapore’s lead in the wafer manufacturing and R&D sector.

It inspires confidence in me that Micron has invested in its future in our city nation, and I would be proud to play a part in its further growth. I hope that, during my time in Micron, I will be able to develop, or work towards developing affordable technology that makes significant impact in the areas of convenience and quality.

What do you look forward to as you join the Micron family?

I believe I will be able to realize my fullest potential in Micron. The company will expose me to a wide variety of developmental programs, including tuition support for industry-related courses and degree programs. Micron also has the resources to help team members develop their educational plans and select programs that best support their industry interests and career development.

I understand that Micron also has a strong focus on giving back to the community which is an area I would like to be involved in. It is a bonus for me to advance my career in a world-renowned organization as well as pursue my passion for volunteerism. 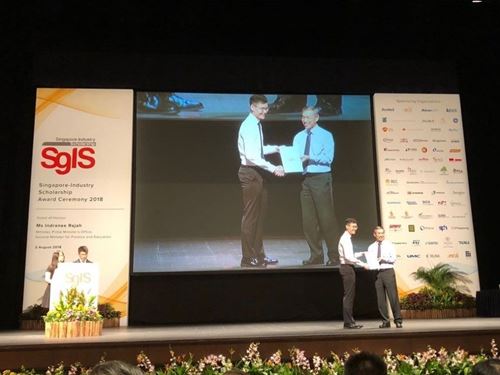 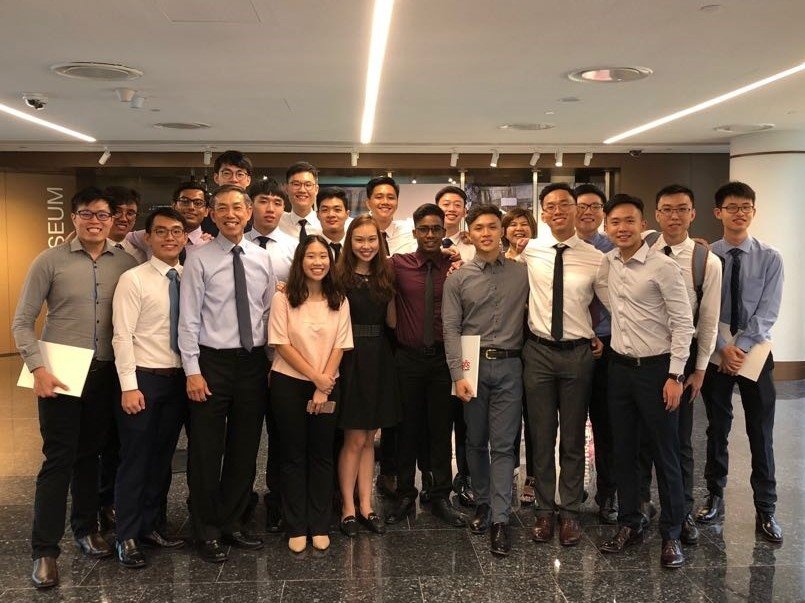