Building for the Future with the Power of 3D NAND 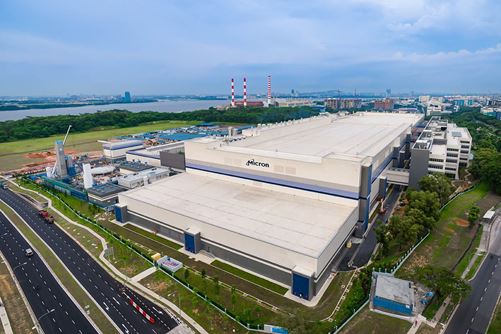 Eighteen months after the groundbreaking ceremony, we marked the grand opening of our Fab 10 expanded NAND flash memory fabrication facility in Singapore this week.  At the opening ceremony, we welcomed over 400 guests including customers, business partners and local government officials as the Singapore press. Micron CEO Mark Durcan, Wayne Allan, Vice President of Global Manufacturing, and Lee Kok Choy, Singapore Country Manager had the honor of being joined by Singapore’s Deputy Prime Minister & Coordinating Minister for Economic and Social Policies, Mr. Tharman Shanmugaratnam, our Guest of Honor along with special guest Singapore Economic Development Board Managing Director, Yeoh Keat Chuan.

With over 7,500 team members at four manufacturing facilities in Singapore and a strong history and partnership with the government and Economic Development Board (EDB), dating as far back as 1998, this is an important milestone for Micron.  We are adding approximately 255,000 square feet to our facility through this expansion, almost doubling our world-class cleanroom space, as we expect to increase our 3D NAND production to enable us to respond more quickly to market conditions.  As Wayne Allan, Micron’s VP of Global Manufacturing said, “Micron Singapore will contribute the majority of our NAND wafer output and has formed a formidable manufacturing base.”

With tool installations under way, Micron’s initial manufacturing output is expected later this year with substantial output in 2017. The total cost for the expansion is approximately $4 billion incurred over a number of years beginning in fiscal 2016.

Noting the importance of this facility, our CEO Mark Durcan said, “This grand opening isn’t just important for Micron and Singapore-the products this facility will make will have a real impact on the world.”  Our CEO continued by saying “the need for flash memory is only growing”. Gartner’s market projections indicate the solid state drive storage market will grow by 75% from 2015-2016.

“Singapore is in fact making major investments in advanced manufacturing technologies to position Singapore for the future” said Deputy Prime Minister Tharman Shanmugaratnam. He continued by saying “But the heart of this strategy is about our partnerships, with companies large and small.  We will continue to partner leading players like Micron to keep advancing technology, skills and value creation in Singapore.”

As part of the ceremony activities, we also treated our guests to a visual display at a specially installed exhibition area, which showcased the following: 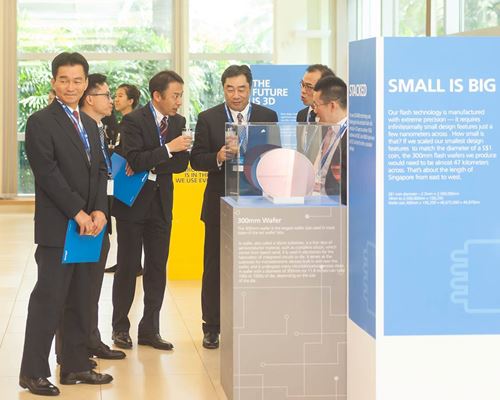 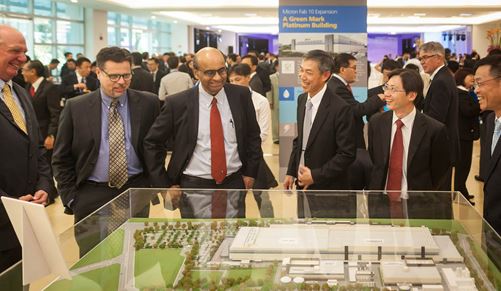 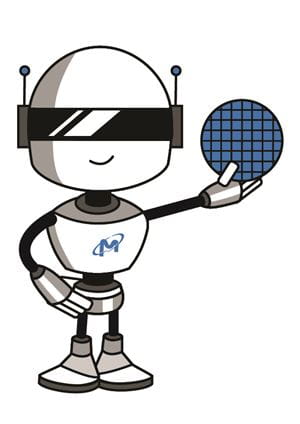 We received dozens of very positive comments and thank-you emails from our guests. They stated they felt honored and privileged to be invited to our Fab 10 Expansion Grand Opening. One guest aptly captured the sentiments of many by saying “they felt really welcome and appreciated by Micron”.

Micron is proud to play a part in partnering with EDB to enhance the efficiency and competitiveness of Singapore over the past 18 years, and we look forward to leveraging our position here to strengthen our global footprint in the years ahead.

“Congratulations on the opening of the Micron Fab 10 Expansion! I had the pleasure of joining the fab tour at the opening ceremony and I was very impressed by what I saw. Micron’s newly expanded wafer fab is state-of-the-art, reflecting the level of your advanced manufacturing activities in Singapore. The level of automation in the fab has significantly increased staff productivity on a day-to-day basis while ensuring it is run as efficiently as possible.  The EDB and Singapore are proud to partner with Micron on this exciting milestone,” said Yeoh Keat Chuan, Managing Director, Singapore Economic Development Board.