Building a Culture of Volunteerism

The year-end marks a season of giving and, for many corporates, a period of reflection on previous corporate social responsibility initiatives and planning for the next year. Locally, a survey conducted by the National Volunteer & Philanthropy Centre revealed that, while majority of businesses here are involved in corporate philanthropy, only 39% of companies are involved in volunteerism1.

Micron is a forerunner in this regard. Along with philanthropy, volunteerism is a crucial element of its community outreach and charitable giving. These initiatives are supported by Micron’s charitable Foundation, Micron Gives, which aims to transform the communities in which Micron operates. This includes Singapore where Micron employs more than 8,000 team members, making up close to a quarter of its global workforce.

Over 8-9 December, Micron was the title sponsor for the Micron Corporate Distance Challenge. The Micron Corporate Distance Challenge forms part of the Standard Chartered Singapore Marathon and provides a platform for friendly competition among companies based on the distance clocked by individual finishers within the organization. Going beyond event sponsorship, Micron also subsidized the registration fees for nearly 500 team members who participated in the run.

“As we build a culture of giving back, there is always a place for philanthropy, but volunteerism is also a crucial element of Micron’s community outreach efforts,” said Micron Vice President and Singapore Country Manager Chen Kok Sing, who along with Micron Executive Vice President of Global Operations Manish Bhatia, was among the company leaders who took part the Singapore Marathon. “I am proud to see so many of our Micron team members rise to the challenge and support our charitable efforts.” 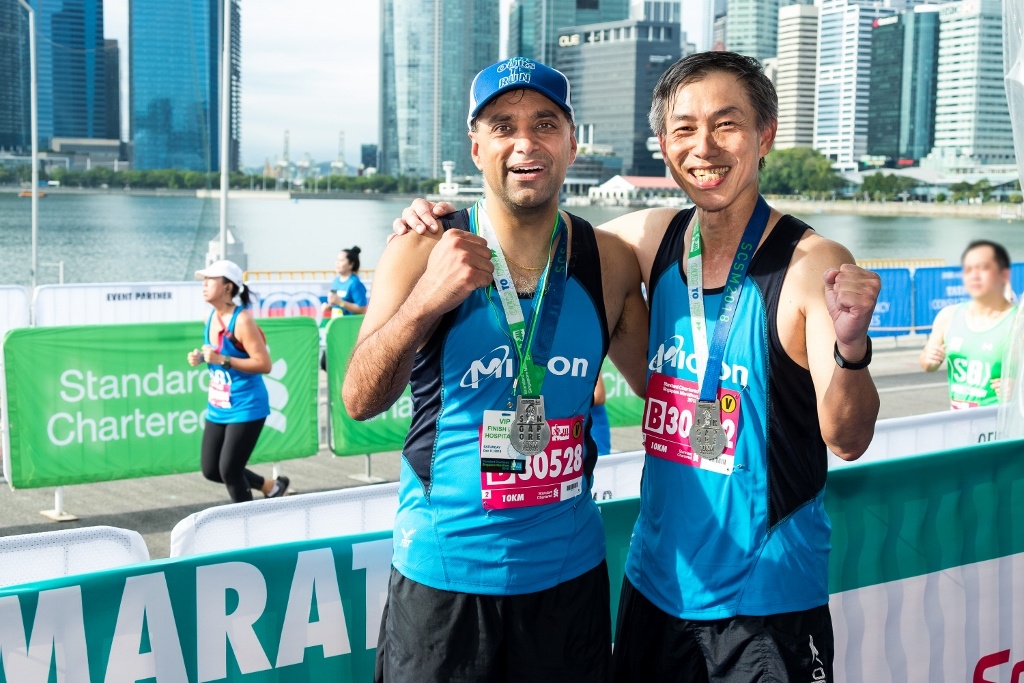 Get into the action with more exciting snapshots of the Micron Team at the Singapore Marathon on our Facebook page!

What made Micron’s involvement even more meaningful were the volunteerism and fundraising efforts at the event. Cheering their colleagues and more than 50,000 other runners on were about 100 volunteers from Micron who manned the drink stations along the race route.

Dedicated Micron volunteers reported at 1.30am and played an important role in refreshing and cheering runners on at the aid stations.

The volunteer initiative raised $3,500 for Club Rainbow, a local non-profit organization that supports children with chronic illnesses and their families. The amount was further tripled through the matching funds program under Micron Gives, bringing the total amount raised for Club Rainbow to $10,500.

This further adds to Micron’s support for Club Rainbow, which was selected as Micron’s Singapore Charity of Choice in 2018. The Charity of Choice program is a signature element of Micron Gives where team members in their respective countries of operation vote on a local level to direct funds to a charitable organization in their region. Apart from financial contribution from the company, Micron team members have been involved as volunteers at Club Rainbow activities. In October this year, Club Rainbow beneficiaries and their families were also invited to Micron’s 40th anniversary celebrations in Universal Studios Singapore, with Micron volunteers hosting these special guests.

Micron’s giving initiatives create opportunities for team members to engage the community and make a personal impact. Earlier in the year, Micron President and CEO Sanjay Mehrotra issued a challenge to Micron team members globally to collectively volunteer 100,000 hours of their time in 2018 to help those in need. Responding strongly to this, more than 4,000 Micron Singapore team members joined a four-day “Walk for Rice”, where bowls of rice were donated by National Trades Union Congress (NTUC) FairPrice Co-Operative Ltd based on the number of steps clocked by participants. Collectively, the team members tracked more than 168 million steps and raised 654,000 bowls of rice to feed nearly 7,000 under-resourced families. 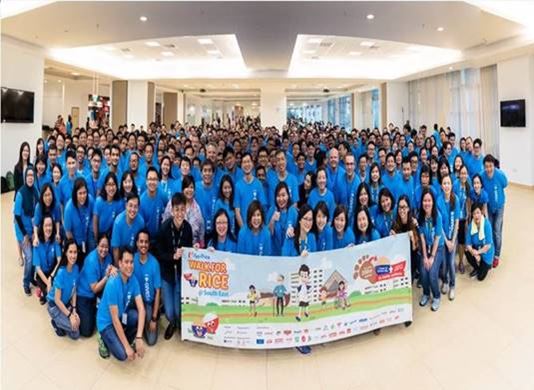 More than 4,000 Micron team members clocked more than 168 million steps to raise 654,000 bowls of rice for under-resourced families during Walk for Rice.

Since 2016, Micron has been supporting the Singapore Disability Sports Council’s Live the Dream program, a platform that provides para athletes with resources to develop their skills in their chosen sport. As part of this support, Micron was the title sponsor for the inaugural Micron Singapore World Para Bowling Tour Series this year, which saw a gathering of over 50 visually and physically impaired athletes from Asia Pacific at the tournament. A total of 138 Micron team members volunteered their time to serve as lane marshals and athlete liaison officers over the six-day event. Micron continues its support for Live the Dream in the year ahead, with plans for volunteerism in the pipeline. 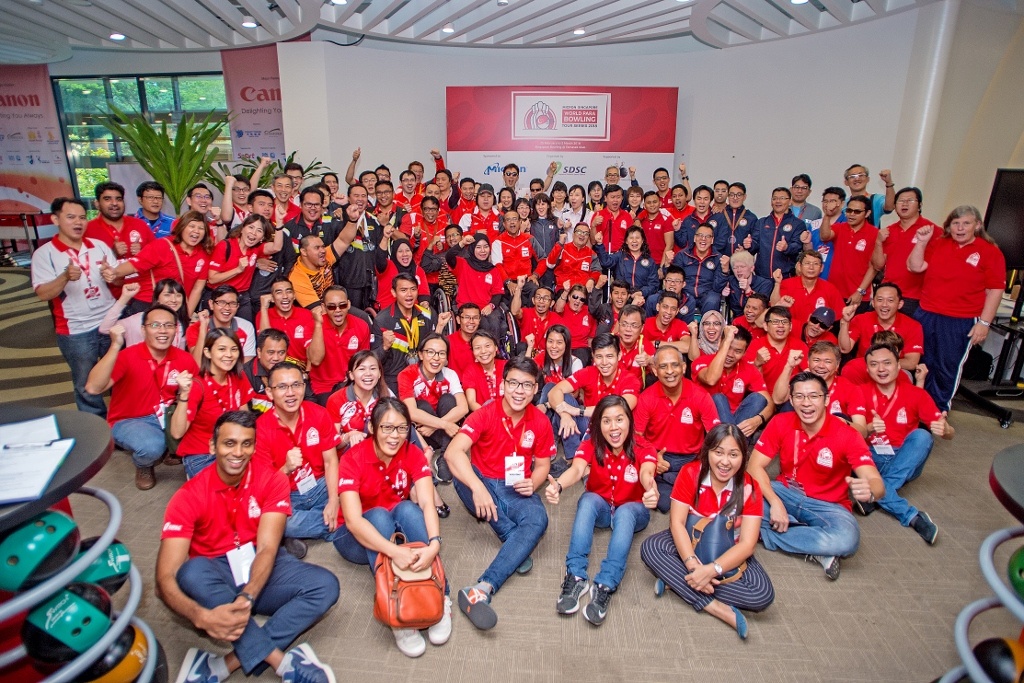 Para athletes from the region and Micron volunteers at the Micron Singapore World Para Bowling Tournament.